With Augmented and Virtual Reality, Tour Your Office Before It's Built 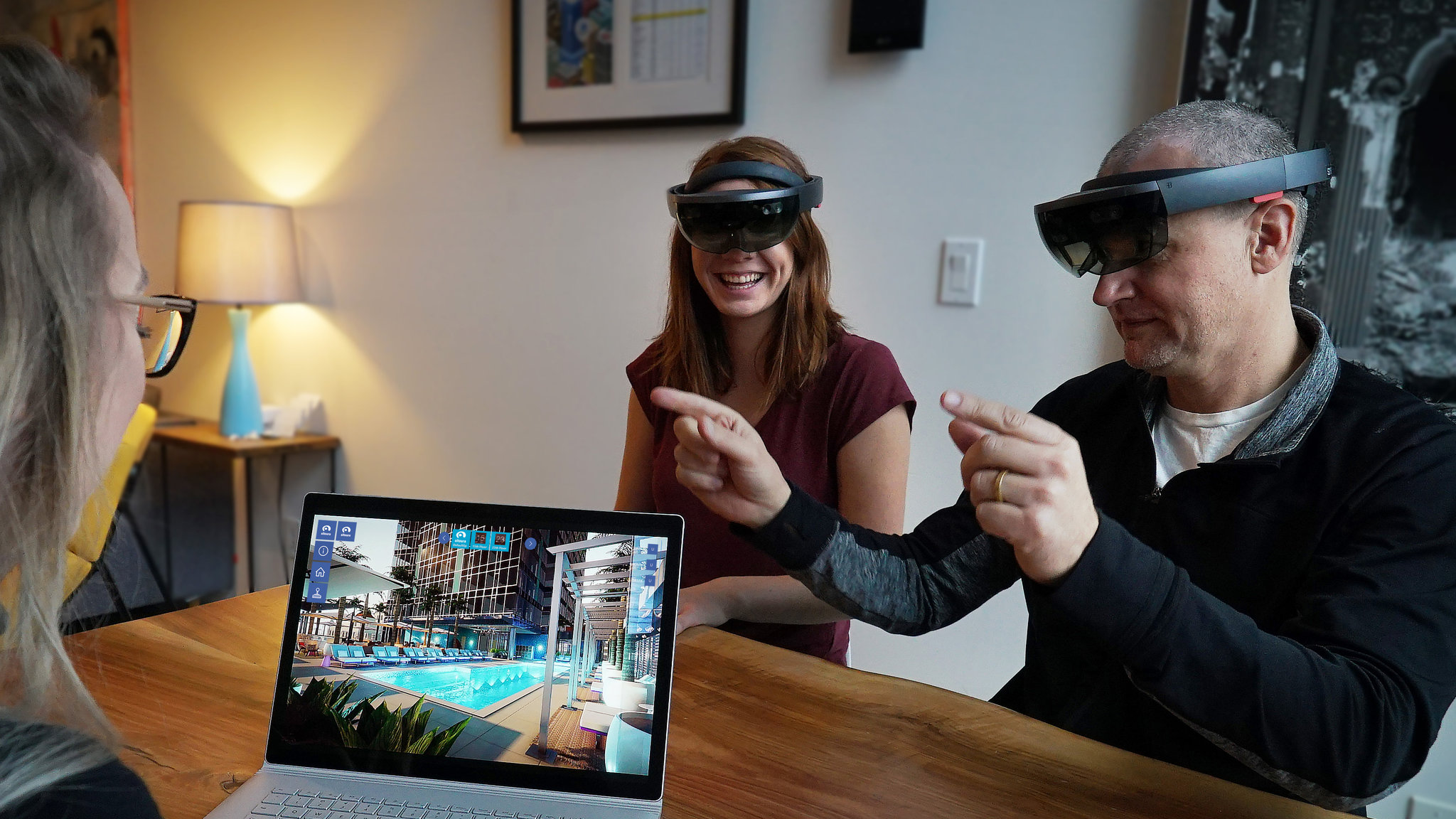 When Avalara Hawk Tower, part of a $350 million development in Seattle that overlooks CenturyLink Field, was still just a vacant lot, prospective tenants could get a view of the city from the top floor, peering 240 feet down into the stadium where the Seahawks and the Sounders play. The vantage point offered views of Pioneer Square, the ferry terminal and Elliott Bay beyond. Snow-capped Mount Rainier, the highest mountain in the Cascade Range, loomed in the distance.

The experience was thanks to augmented reality technology, which the site’s developer, American Life, used to give potential tenants a feel for the completed building before the first brick was laid. The strategy paid off: The entire 200,000-square-foot office tower was leased before it opened in early 2018.

The technology could take us up to the 18th floor and show us the view out to Mount Rainier or over Puget Sound? said Karen Sherwood, a vice president for corporate experience at Avalara, a tax automation software company that occupies the top six floors of the building.

We could understand what it would be like to stand inside our office and look out the windows, or on the deck and look over CenturyLink Field, all while standing in a dusty, empty lot she said.

Virtual and augmented reality has been widely popular in entertainment, including V.R. consoles like PlayStation VR and A.R. games like Pokemon Go, but their use has lagged in commercial real estate. Only recently have developers, architects, brokers and builders started to use the technologies as a way to save money and time in two aspects of large commercial real estate projects: leasing and construction. 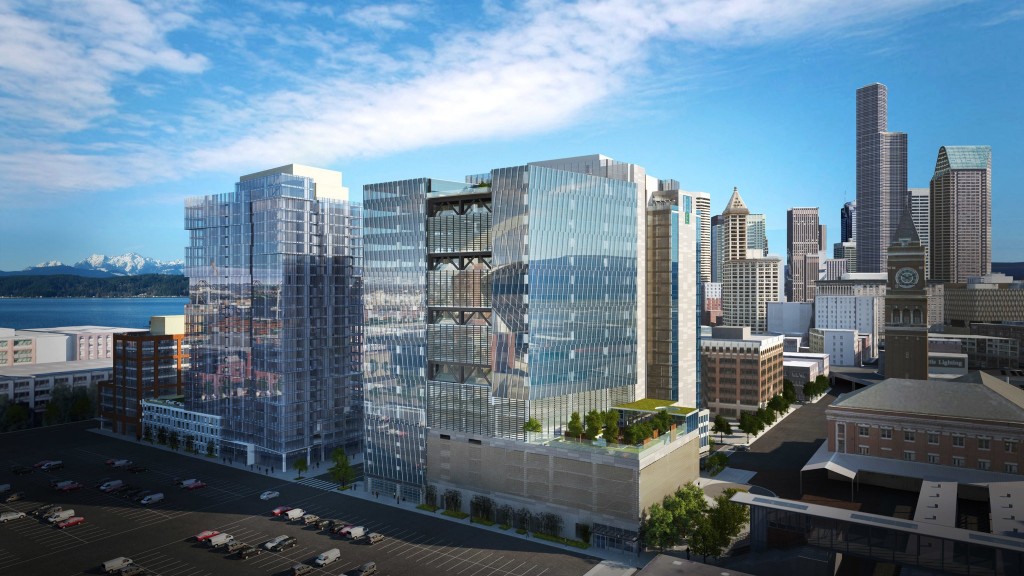 Full-scale adoption is still most likely years away, but the interest in commercial uses for the technology is rising.

Worldwide spending on augmented and virtual reality products and services is expected to reach $12.1 billion in 2018, a 38.4 percent increase from 2017, according to the International Data Corporation.

V.R. creates a fully immersive digital world that users explore wearing goggles. It is more widely adopted than A.R., thanks to growing popularity of virtual reality video games and the military’s use of the technology for training simulations.

A.R., on the other hand, refers to platforms that overlay digital aspects over the real world. Users can experience A.R. either by wearing glasses or through hand-held devices like smartphones and tablets.

In commercial real estate, residential brokers started using these tools to market their buildings before they had been built, said David A. Falk, president of the Connecticut, New Jersey and New York region for Newmark Knight Frank. 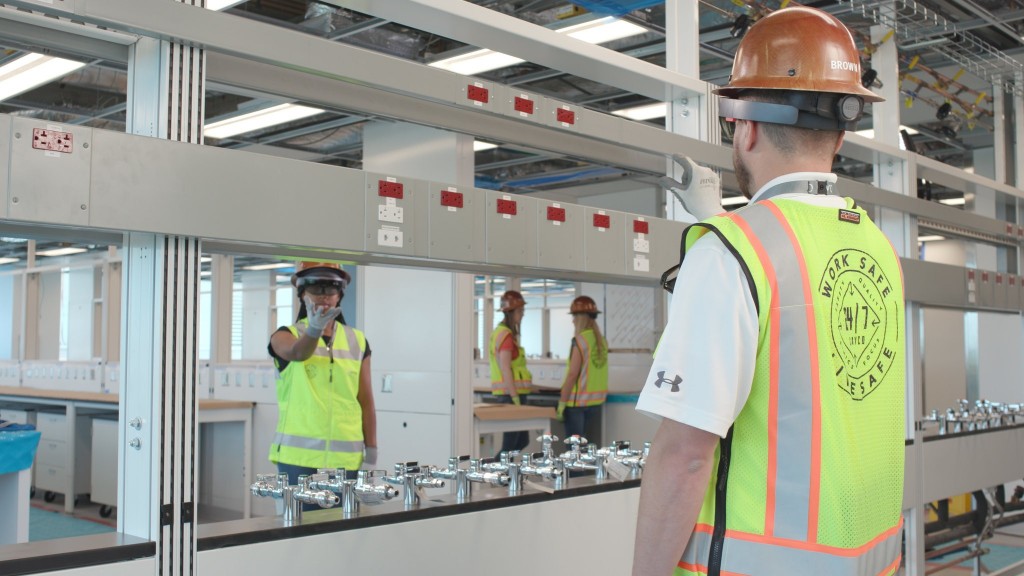 Potential tenants can also influence the design of a building if they can explore it before it’s built. The software company Oracle used augmented reality to solicit input from employees and partners for an innovation lab it is building in Deerfield, Ill.

On the work site, people could wear Oculus Rift headsets and walk through a three-dimensional virtual replica of the hangar-like building design.

The A.R. glasses allowed us to visualize and identify any field-related issues on site, said Burcin Kaplanoglu, the innovation officer for Oracle’s construction and engineering unit. As an example, we moved one wall to the other end of the steel structure due to space limitations.

A.R. and V.R. could also reduce travel time and costs for busy executives in different locations, allowing them to meet virtually and make design decisions about a project. 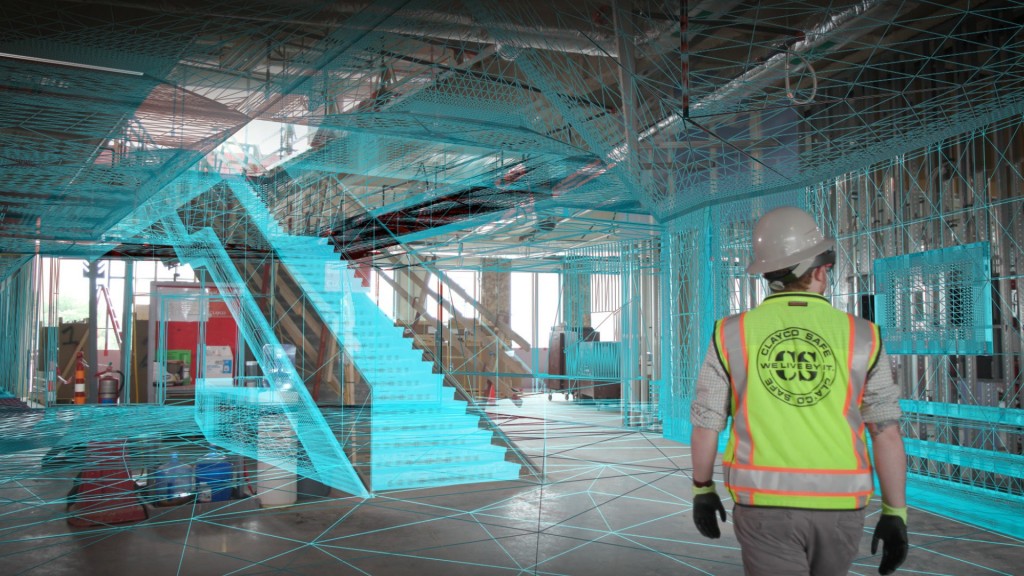 Gregory L. Steinhauer, the president of American Life, used an immersive technology platform created by the technology company Studio 216 to meet virtually with interior designers in California and an architecture team in Oregon to discuss a new hotel in Long Beach, Calif.

Team members wore glasses or used tablets or computers in their locations and moved through the hotel rooms together to get a feel for the aesthetics and layout. Those wearing a headset could see the virtual hotel and move through it as they walked around.

Moving around the digital space, they could also see a virtual dollhouse-size replica of the hotel nearby, in which they were represented by small avatars. In this tiny model, they could reach in and pinch and drag specific items, like a bed, to try out different layouts or switch materials for countertops or wood finishes. Or they could move their avatar to a new room, and the surrounding space would transform around them.

Virtual replicas can also drive down costs and waste. With mixed reality, we can build so many more sample hotel rooms and we have more design flexibility. I can look at one room and decide, I don’t like the color of these walls Mr. Steinhauer said. It’s always expensive to do things twice in construction. This helps us do it only once.

Builders and architects can also adjust a building’s design midway through the development. Clayco, a construction and engineering firm, is using A.R. headsets for this purpose while building a research and development facility for Pfizer in St. Louis. Supervisors periodically walk through the building site wearing A.R. glasses that lay construction models over what has been built to determine where small changes need to be made.

We can see that this patch of floor needs to be leveled a bit or this wall needs to be adjusted, said Tomislav Zigo, a vice president for virtual design and construction at Clayco.

But determining the exact time or money saved by these technologies can be imprecise.

It’s always hard to put a price tag on a problem you manage to avoid, Mr. Zigo said. But a one-hour walk-through can replace multiple high-level meetings, and we can catch problems and fix them before the building is complete. Changes after cost much more.

Despite innovative early uses, it will take five to 10 years before the technology matures, said Tuong Nguyen, a senior principal analyst at the research firm Gartner. The ergonomics and limited battery life of the technology remain issues, he said.

And some insiders think it takes away from the personal aspect of the businesses. Some people feel that the virtual reality headsets distract from the conversation between clients and brokers, said Nik Sudhakar, the director of digital solutions in Asia for the real estate firm CBRE.

There are other challenges, too, which the tech industry has been grappling with since Day 1. Not everyone finds the headsets comfortable, and the virtual reality goggles cause motion sickness for some. The accuracy of the virtual replicas also poses problems, Mr. Nguyen said.

You can get a rough sense of placement and scale, he said, but the technology is still not quite at the level you need for architectural fit.

The cost of scaling these technologies remains prohibitive in mature markets, but they may have greater potential in emerging markets, where labor costs are lower.

In markets like India and China, the labor supply and costs are more favorable to scale up this technology, Mr. Sudhakar said.